Skills in my OD&D Game 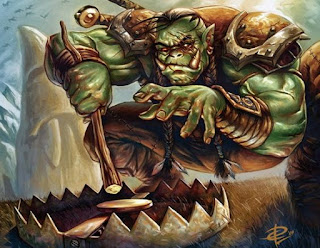 One thing that stands out to me as I read the Little Brown Books is that the Thief class that appears in the Greyhawk supplement should have been called the Dungeoneer. While most of the skills can be found in an archetypal burglar, there isn't much practicality in taking a burglar into a dungeon environment. There won't be too many pockets to pick or windows to sneak into. And so I think that the skills that were given to this class were expected to come from years of hunting for treasure in these forgotten and God forsaken places, not for larceny.

Other material I've read (which I can't pinpoint right now, so I can't cite anything) suggest that the thief/dungeoneer class was created so that there could be a mechanical process for using the skills that would have otherwise been performed by any wise adventurer. In other words, these are things that players were expected to be doing with their fighters, clerics and magic users, but demanded hard rules on performing these tasks and being good at them.

I've decided that in my OD&D game there will be no thieves, but rather every character has a capacity for being skilled in certain dungeoneering tasks. There is no reason why a fighter can't also be a talented pickpocket or a magic-user unable to pick locks. 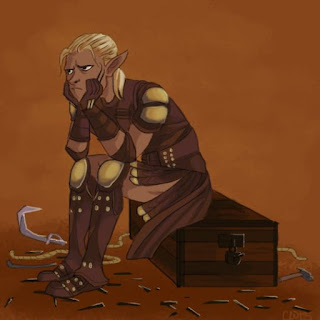 My solution is that during character creation a player must select three of the six skills for their character. The player must roll the skill’s target number or higher on a d20 to succeed. The target numbers for each skill increase as the character gains levels.


(By the way, these target numbers are rough conversions of the percentile and d6 rolls in Greyhawk. I converted them to d20 for simplification.)


Pick Locks: This skill allows the character to disengage mechanical locks on doors or containers. It may also be used to tinker with very simple mechanism. A roll of 1 will result in the lock mechanism breaking but remaining engaged, thus making it unpickable by anyone. The character must have a lockpicking tool to use this skill.

Disarm Traps: This skill allows the character to disarm or intentionally spring traps without harming themselves. A roll of a 1 will result in the trap springing and hitting the character for full effect. This skill cannot be used to find hidden traps. Much like the Pick Locks skill, this skill can be used to tinker with simple mechanisms.

Sneak: This skill allows the character to hide and move silently, without drawing the attention of others. The environment must provide some sort of cover, such as shadows or large objects, as this is not a magical invisibility skill. Every turn a character moves silently requires a separate skill check. The character must not be wearing noisy armor to use this skill. This skill will usually be rolled in secret by the Referee as the character will not immediately know if they are sufficiently hidden from any threat.

Hear Noise: This skill represents extremely keen senses rather than simply the ability to hear. A success would provide the character with information based on barely audible sounds in the environment, such as distant footprints or the faint sound of rushing water. This skill may be rolled secretly by the Referee.

Climbing: This skill allows the character to climb a surface without normal hand holds and without climbing equipment. It does not apply to surfaces that are unnaturally flat, like a wall of unbroken, polish marble. A failure will result in the character falling from a distance of the referee’s choosing. A character cannot use this skill if they are wearing armor heavier than leather or have extremely large or heavy objects on them.
Posted by Unknown at 4:59 PM 1 comment: