Painlessly Keeping All the Rolls Behind the DM Screen Last weekend I attempted to run the first part of Lost Mines of Phandelver, but didn't get much further than three combat encounters as the PCs ran around the woods being attacked by goblins.

There were two many reasons why the game did not progress very far. First, it was a pretty large group of eight players, some of which were very new to the game. Secondly, I was the only person with a flat surface on which to roll dice. Everyone else was sitting on the floor or in sofas without coffee tables. Because of this, I decided I would roll for everyone, in the true old-school tradition.

There isn't a lot of math or things to keep track of in D&D 5e, but when you are the only one doing any of the calculating, it’s all enough to turn your head into mush. Compound this with having to ask players for if they are proficient in something, what is their ability modifier (no, that is your ability score, I need the modifier) and if they have any other relevant bonuses or features. I would end up rolling a die, staring at the result for a while, my brain freezing up, and then just make a call based on if it was a low or high roll.

When I went home that night I told my wife “never again” would I run a game like that.

But yesterday I had some time on my hands as the internet cut out at work, so I figured I’d solve the problem rather than just give up on that mode of play. My solution is a small chart that resembles the charts that power DC Heroes, which compares the ability of the character to the challenge of the task they are performing and then gives a target number.

This is an untested system, but the target numbers are based on percentages that I’m comfortable with. A d20 is just a d100 broken into 5% increments, after all.

The rows on the left refer to the general skill of the character in regards to the action he is performing. For example, a fighter is trained in hitting an enemy with a sword, but a wizard would be untrained in doing the same thing. The wizard may even be poor at it if the weapon is a bastard sword or other device that requires martial training. A high level fighter, or one with the archery fighting style would be an expert when firing an arrow at a goblin.

Damage is rolled using the dice from the PHB +2. This keeps combat moving very fast and attempts to account for bonuses from modifiers. Critical hits do maximum damage and critical failures cause something bad to happen, like dropping the weapon or falling prone.

Posted by Unknown at 8:41 AM No comments: 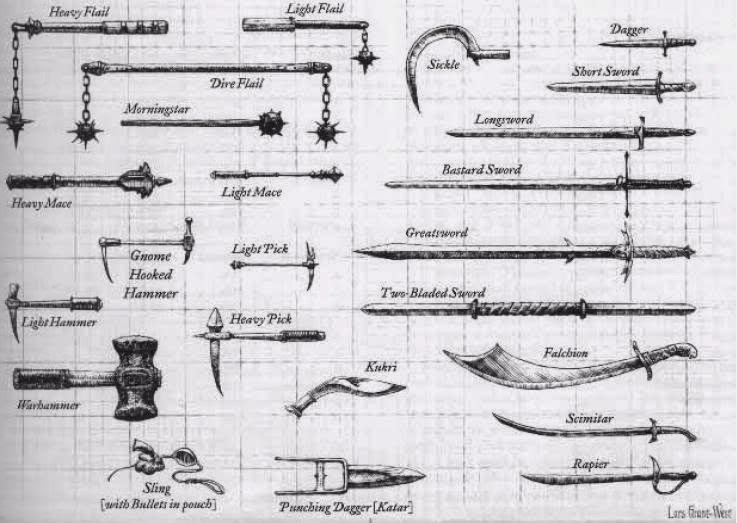 When creating several fifth edition characters this last weekend, it came to my attention that certain race and class combinations cause the proficiencies section of the sheet to get completely bloated with all the different kinds of specific weapons that can be used.

For example, the list of proficiencies of an elven wizard is as follows: Longswords, shortswords, longbows, shortbows, daggers, darts, slings, quarterstaffs and light crossbows.

While this may look like a flavorful list, it also is a complete mess. Combine this list with the default character sheet that labels sections at the bottom and players could be forgiven for thinking this is an inventory list, not skills.

Not all classes are as complicated with weapon proficiencies, but the elf wizard has me wanting a better way.  Seems to me that the most obvious solution is that which most of the classes come close to using, which is to use the basic weapon categories. Most of the combat-focused classes can use both simple and martial weapons, while all other classes can use simple weapons or a specific list.

This awesome character sheet by John Grumph suggests that weapon proficiencies should be restricted to Simple and/or Martial weapons. I like that. It's simple and no longer relies on old ideas of that a wizard or cleric can or cannot use. I would go one step further to include a Finesse weapons proficiency for classes like rogues and bards.

Below are my recommended simplified weapon proficiencies for 5e PHB classes:

I see no problems with allowing elves and dwarves to keep their racial weapon proficiencies. I'm even considering to allow Dragonborn to be proficient in all weapon types in my home game.
Posted by Unknown at 9:20 AM No comments:

Truth or Dare as D&D Adventure 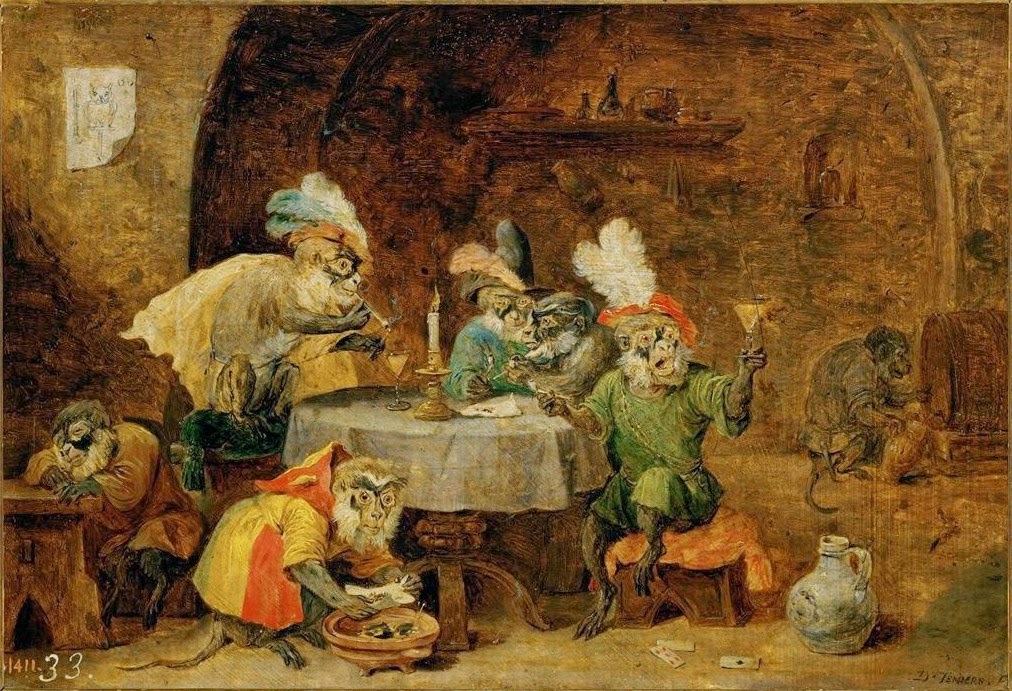 Want to play Dungeons and Dragons but have absolutely nothing planned? Instead of straining your bullshit muscle or spend the night rolling on a million random tables to generate an adventure, just have the characters gather in a tavern and play a good ol' fashioned game of Truth or Dare. Everyone knows how to play Truth or Dare.

Players will role play the game of Truth or Dare, challenging the other characters to perform foolhardy tasks or divulge dark secrets. This is an excellent time to get to know the characters, practice role playing and get the players into some pretty sticky situations.

Players can come up with their own truths or dares, but in case they are stuck on what to ask, consult the following tables. In instances where a dare involves going to another location, hand-wave all travel, dungeon crawling, or any other boring logistical details and get right to the good stuff.

Some of the dares can lead to benign consequences, while others will get the whole party in a heap of trouble. It's up to the GM what amount of trouble each dare causes.

Slimes and Oozes of the Southern Claw

This was created as part of Displacerclaus in July.

The following list of slimes and oozes are native to the Southern Claw region, southwest of the great city of Vornheim. However, many enterprising and foolhardy scholars, game hunters and merchants have begun to export them to other lands. Most of these exportation attempts result in disaster and a subsequent infestation as the slimes have their way with indigenous creatures and populations.

The attributes of the slimes are minimalist with the intention of being easy to plug into your favorite D&D-type game. Only the aberrant characteristics are mentioned, so you will need to include any attributes that account for generally slimy and oozy behavior in your game of choice.