My Random 5e Character Generator (and a God Maker) 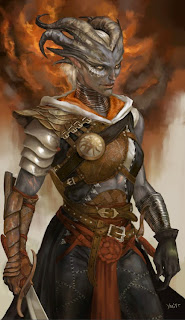 Since it doesn't look like Dungeonscape will be released any time soon, I've gone ahead and created a random 5e character generator at Last Gasp. This makes the sort of random characters I would use in my home game.

This generator doesn't do any math, but it does give you base ability scores using the probability results of 4d6, dropping the lowest die. This way the 5e character is properly strong.

The race results are weighted with the following probabilities:

While I don't place any limitations on my players when it comes to races, I'd like my pregens to skew towards the classic races and even moreso to humans as the dominant race. The generator actually spits out subraces, which are evenly distributed among the races.

The backgrounds include those posted on Hack & Slash.

The classes are just those in the 5e PHB with no special weighting. Boring.

I realized that I forgot to include alignment, but it must not have actually been that important to me if I didn't think to include it. With the advent of Bonds, Ideals, etc, alignment is largely unnecessary in 5e. 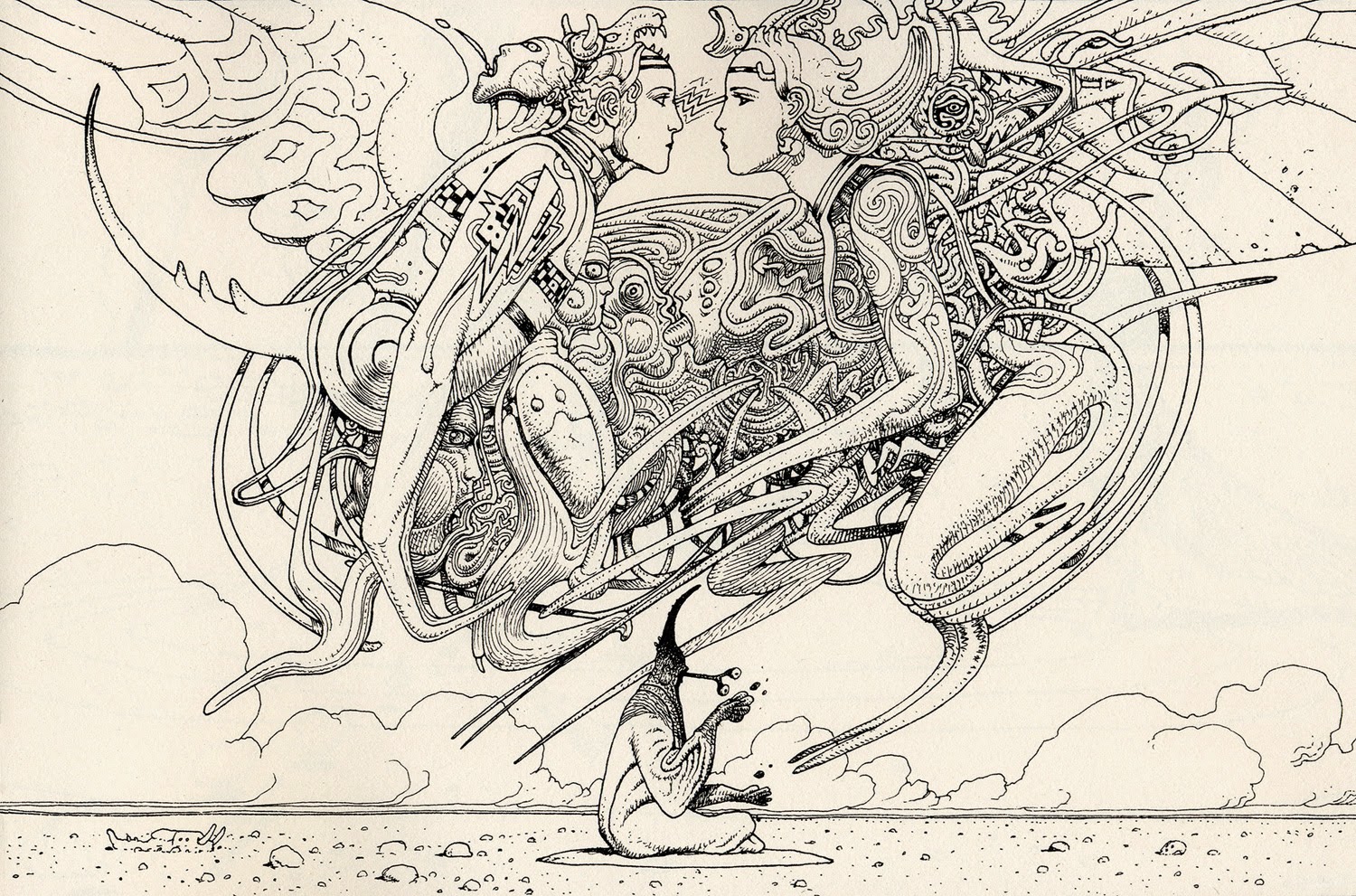 Taking Zak Smith's lead, here are a few pitches for how WotC can approach old D&D settings for 5e.

Nentir Vale
Rather than being a painfully generic fantasy setting, have the Nentir Vale books be a series of toolkits for creating a custom sandbox campaign, such as cities, forests, underdarks, etc. No two Nentir Vales are the same.

Mystara
Another extremely generic fantasy setting that could be greatly improved by turning the crazy fantasy tropes up to eleven. This would be the setting that appeals to Dungeon Crawl Classics players and Adventure Time fans.

Spelljammer
More sci-fi than fantasy with Moebius and cosmic superhero comics being a main source of inspiration. This is the best opportunity to show that the 5e ruleset can be used for genres other than medieval fantasy and should lead to other settings in unusual genres.

Planescape
The multiverse is a mess of portals, time tunnels and tears from magic spells; jumping from plane to plane requires more luck than intention. Adventures in this setting should feel like a season of Doctor Who with the TARDIS having a completely fucked-up navigation system.

You can play the setting game by following these rules:


Tell WOTC how to renew their settings for 5th Edition in two sentences or less. You have to do at least three settings. Extra points if it seems like something they might actually do.

My Predictions for the D&D 5e Licencing Scheme 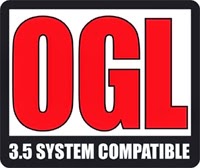 Everyone is still in a tizzy in speculation over how Wizards of the Coast are going to approach third-party licencing for Fifth Edition products and the non-commital answers from Mike Mearls in a recent Reddit AMA only added fuel to the fire. The OGL of 3rd edition produced a flood of products, some of which were actually pretty good. The more restrictive GSL of 4th edition produced almost nothing. I think a lot of people are hoping for something akin to the OGL so that they can start working on products for 5th edition, which is fun to write for, but I think that WotC is going to go into a different direction, one that is both more and less restrictive.

First, I predict that there will not be an open licence. You will not be able to put a page of legal text in your PDF and release a product for D&D. Any product that is explicitly for 5th edition Dungeons and Dragons will need to be officially licensed, such as Goodman Game's recent Fifth Edition Fantasy adventures.

However, this is not to say that the little guy is going to be cut out of making and even selling 5e content. I expect WotC to be very picky about who they send cease and desist letters to, in an effort to keep people interested in the newest edition of D&D. Going after your most passionate fans is not a good way to grow a brand.

I think it will all come down to whether a third-party, unlicensed product hurts or helps WotC sell copies of books. Adventures, new classes, new monsters and new rules options are more likely to drive up demand for the core books and therefor put more money in WotC's pockets.  On the other hand, a website that practically regurgitates the spell descriptions from the Player's Handbook only deters people from purchasing the physical product. A full-featured character creator app may prevent people from buying the PHB, but a random character generator based on the free Basic D&D text isn't taking any revenue away from WotC.

I'm optimistic about the future of third-party D&D products. I think WotC will embrace the DIY nature of tabletop RPGs while not being explicit about it. This may suck for anyone hoping to slap a D&D logo on their modules, but for the most part this will be a good time to be a D&D fan.
Posted by Unknown at 8:02 AM No comments: