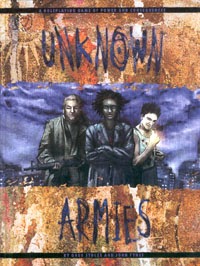 I am slowly making my way though the core rulebook of Unknown Armies. I've just gotten past the initial chunk of rules and have jumped around on the setting pages, so I think it's time I can post about my developing opinion on the system.

I'm really surprised that Unknown Armies has not received the attention and affection it is due. It's a really, really good rule set. It wears its Call of Cthulhu heritage on its sleeve, but manages to innovate in a few key areas. As for the setting, it's fast and loose and has the sense of humor that the World of Darkness wishes it had. 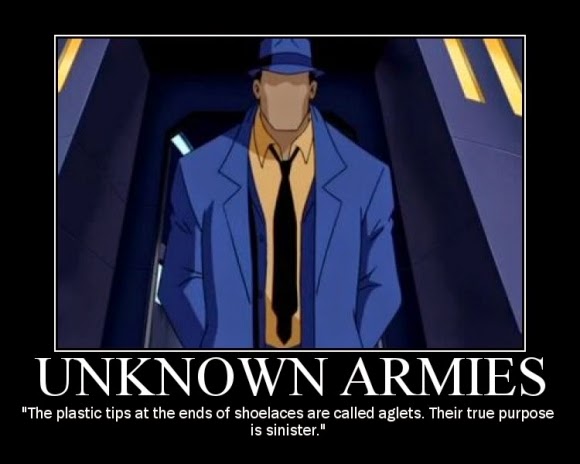 Here are a few things that I specifically love about Unknown Armies:

Free-Form Skills. There are a handful of default skills that all characters possess, representing the common knowledge for modern adventurers. There is no skill list beyond that. Characters can be skilled in "comic book trivia," VCR repair" or "drop dead gorgeous," or anything else the player can dream up. I especially like this because it gives players an excellent handle on what their character can and can't do, which sometimes isn't the case in games with classes or restrictive skill lists.

Only Roll When Shit is Hitting the Fan. I've heard GUMSHOE is great in that it doesn't allow for players to miss key information or story points because they missed a roll on what would have been a simple task for their character. Unknown Armies takes the same approach. Any character with a 15% or more in a skill will automatically succeed a task using that skill provided they are not under the gun. And by this I mean literally being shot at. Challenge maintenance has always been tricky for me as a GM, so I welcome this philosophy of keeping the dice still until things are especially difficult.

Four Sanity Tracks. Everyone loves going insane in RPGs. Unknown Armies brings more fun to the table by allowing a character to become crazy (or callused) due to exposure to four different kinds of stress: Violence, the Unnatural, Helplessness, and Self. The Self sanity track is an especially helpful check against players who have their players turn into sociopaths when it is advantageous.

Schools of Magic Are Not Political Groups. One of the biggest flaws in the World of Darkness games, especially Mage, is how the various schools of magic seem to be separate political faction. It seemed unlikely that any member of one school of magic would ever work with a member of another school considering how much each school is supposed to inform the worldview of the character. Unknown Armies doesn't have this problem. The magic schools are colorful and varied but there are very few social restrictions imposed upon the characters. This makes mixing and matching magic schools within a group fun and exciting rather than an exercise in rationalizing. 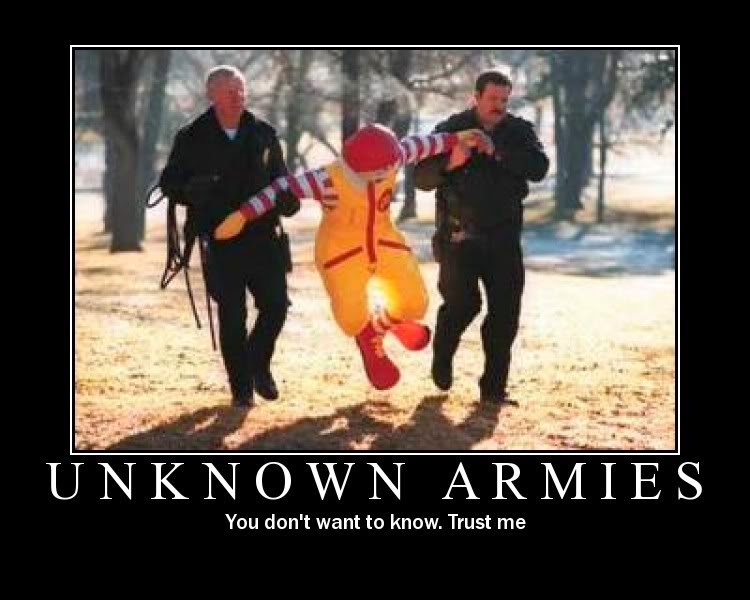 Picking a deity has always been a sticking point for my players during character creation. Many of them could not give less of a shit about canonical gods in D&D or whatever game we are playing. But when I tell them to just make something up, their eyes glaze over.

Here is a solution. Grab a d20 and produce a random deity with a fantasy-ish name and title that will at least get some creative juices secreting.

Posted by Unknown at 2:49 PM No comments:

Email ThisBlogThis!Share to TwitterShare to FacebookShare to Pinterest
Labels: D&D

(A few months ago I set out to write my own RPG system called Occultpunk. That didn't happen as work and being a new dad took prescience. I've been thinking more and more about the system and now I just want to get it out of my head and into words. I'll slowly work through the rules and post them here.)

Vitality is the general physical capabilities of the character. It represents the general ability to perform nuanced tasks with the body or the amount of muscular strength a character possesses.

Intelligence is the measure of a character's intellectual capabilities. This attribute affects the character's general knowledge as well as her areas of academic and occult expertise.

Wisdom represents a character's capability for discernment and problem solving. It is the "street smarts" to Intelligence's "book smarts."

Spirit represents a character's innate occult abilities and connection to the universe. This is the attribute that most strongly affects the casting of spells or the use of Arcane Abilities.

Body (Vitality+Constitution) is an abstraction of the character's physical health and resistance to attacks. This score can drop during a physical altercation if a character receives damage to their person. The character is rendered unconscious should the score reach 0. If the score drops to -1 or less, the character's body is dead.

It should be noted that spiritual death is much more difficult to overcome than physical death.

Each main attribute has a score between 0 and 5. A level 0 character has 12 points to distribute between the five attributes as the player wishes. However, keep in mind that a character with a score of 0 in any attribute will have severe disabilities and may be a challenge to role play.

Use the following table to gauge the relative level of ability for each attribute score. 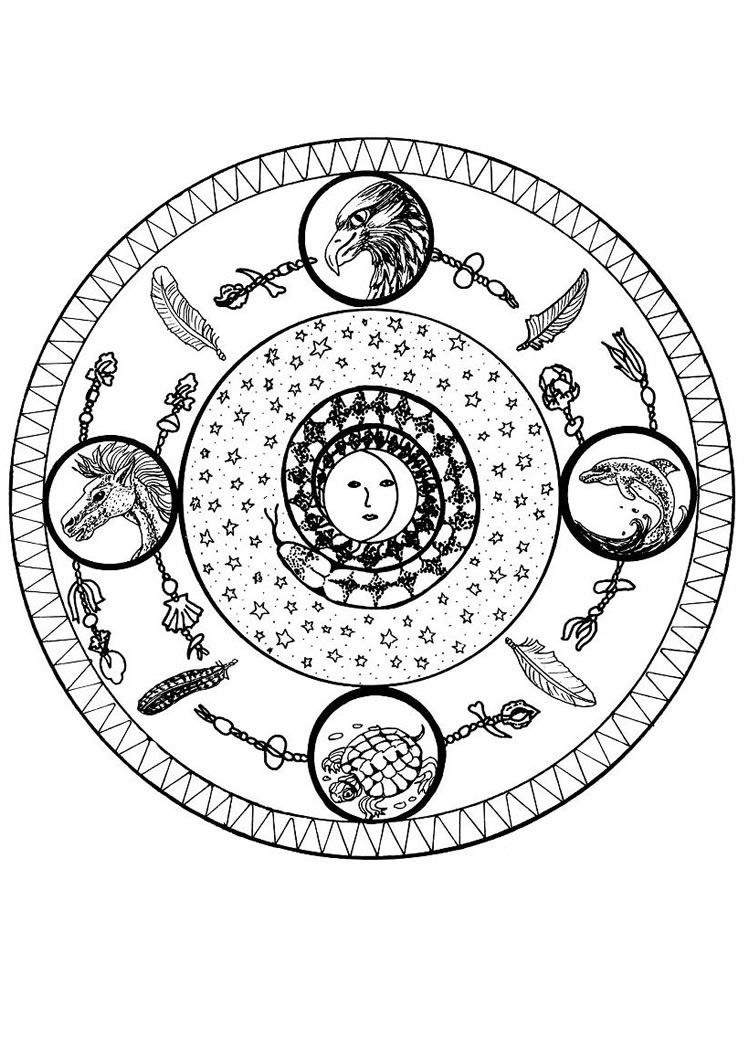 A character's dominate element does not have any pervasive effects on the game mechanics, but can be used by the Game Master for special situations, reflecting the chaotic nature of magic.
Posted by Unknown at 1:00 PM No comments: