The Harmal Consortium: A Faction for Narcosmos The Harmal Consortium is the galaxy's leading developer of virtual narcotics. The latest model of their Enhanced Sensory Experience System (ESES) has sold 420 billion units across twenty-three star systems.

The system interfaces with many popular virtual reality devices with neuro-inputs allowing users to safely experience the effects of psychoactive and narcotic substances from across the known universe without any danger to their bodies or minds. The drugs are sold as individual, single-use programs called Drug Immersion Memetic Experiences, or DIMEs, and are priced relative to market demand and the intensity of the program.

The Harmal Consortium is always seeking new and exotic substances from across the galaxy to be added to their catalog and will pay handsomely for samples of any undocumented psychoactive substances. Intergalactic explorers can register with the Consortium to receive a substance testing device, which will match any samples against the company's catalog. The device will only provide a yes or no answer regarding the Consortium's willingness to pay for the sample. It will not identify the sample or provide any information about the chemical make-up. It should be noted that the contract signed to receive this device stipulates that any sample of interest scanned must be turned over to the Consortium. A quantum beacon notifies local Harmal offices of newly discovered substances and any undelivered samples will be collected by force if necessary.

There are whispers of a secret group within the Harmal Consortium who have adopted a religious twist to their profession. The group believes that the ESES is a sacred device and that the perfect substance or combination of substances may allow an ordinary person to transcend to godhood. This group, known internally as the Apotheosis Initiative, is actively experimenting with various substances, programs, subroutines and the hacking of safe-guards to make the ESES into god machines.
Posted by Unknown at 9:24 AM 1 comment: 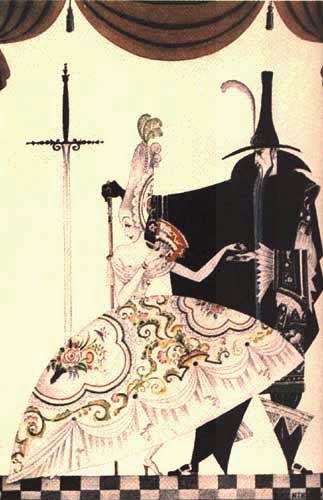 Although the country of Voivodja is surrounded on all sides by jagged mountains and twisted forests, some of her many channels empty out on a misty lagoon, where adventures will discover a settlement of pirates. The shanty village along the coast is unimpressive, especially compared to the immense ship anchored not far from shore. This ship is the size of a palace, complete with towers reaching to the heavens, is the home of James le Crochet, the Pirate King of Voivodja. 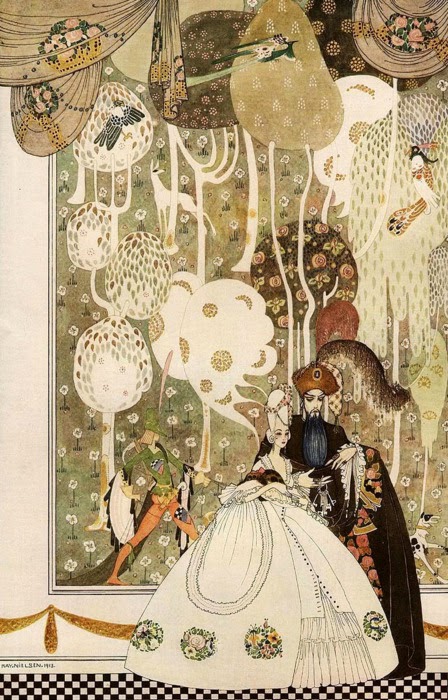 le Crochet is a wealthy and charismatic leader of his pirate band, although his face is heavily scared and his eyes seem to bulge from the sockets. He wears only the finest clothing, usually dyed a rich shade of blue, his favorite color. The same applies to his long beard and the deathly sharp hook on his left hand, crafted from blue steel. 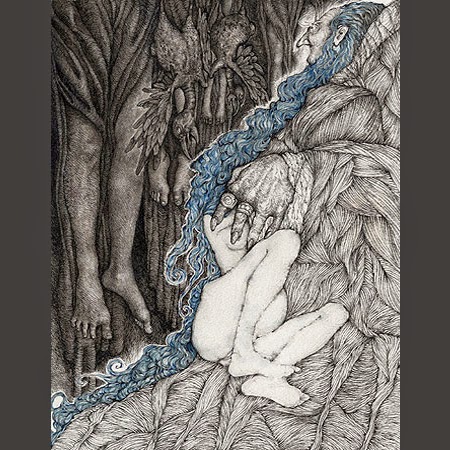 Although he is a ruthless pirate and bootlegger, he is best known for the many wives he has taken, all of which have disappeared under mysterious circumstances. There is an official record of the 300+ wives le Crochet has married and the reasons for their disappearances or deaths, but many suspect that the pirate lord has killed every one for his own nefarious purposes. He has also been blamed for the abductions of countless children from the Orb Loc, including those children kept in wells.

It is true that le Crochet is killing his wives and the children, but few know the details of these atrocities. Each murder is done as a scarifies to Satrune, the crocodile god of tides and time. The monstrous demon-god demands tribute of brides and children, and as such has instilled in le Crochet an insatiable lust for women and an unquenchable hatred for children. As a devoted worshiper of Satrune, le Crochet is a level-5 magic user with an expertise in demonology and diabolism. 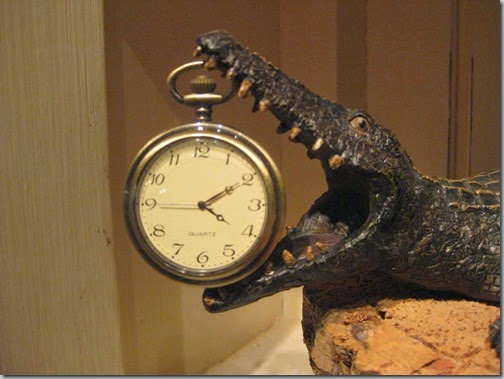 His greatest enemy is the one wife who has escaped is grasp, Joan de Pan. In order to flee the sea palace, de Pan removed le Crochet's left hand with a cleaver, resulting in the hook-hand that would become his trademark, She has sworn vengeance on the pirate and has amassed a small army of Lost Men who roam the forests of Voivodja, killing vampires and pirates with extreme prejudice. It is rumored the de Pan has become skilled in shadow magic and has the ability to soar like a raven on the wind. The mere mention of Joan de Pan is enough to send le Crochet into a blood-thirsty rage. 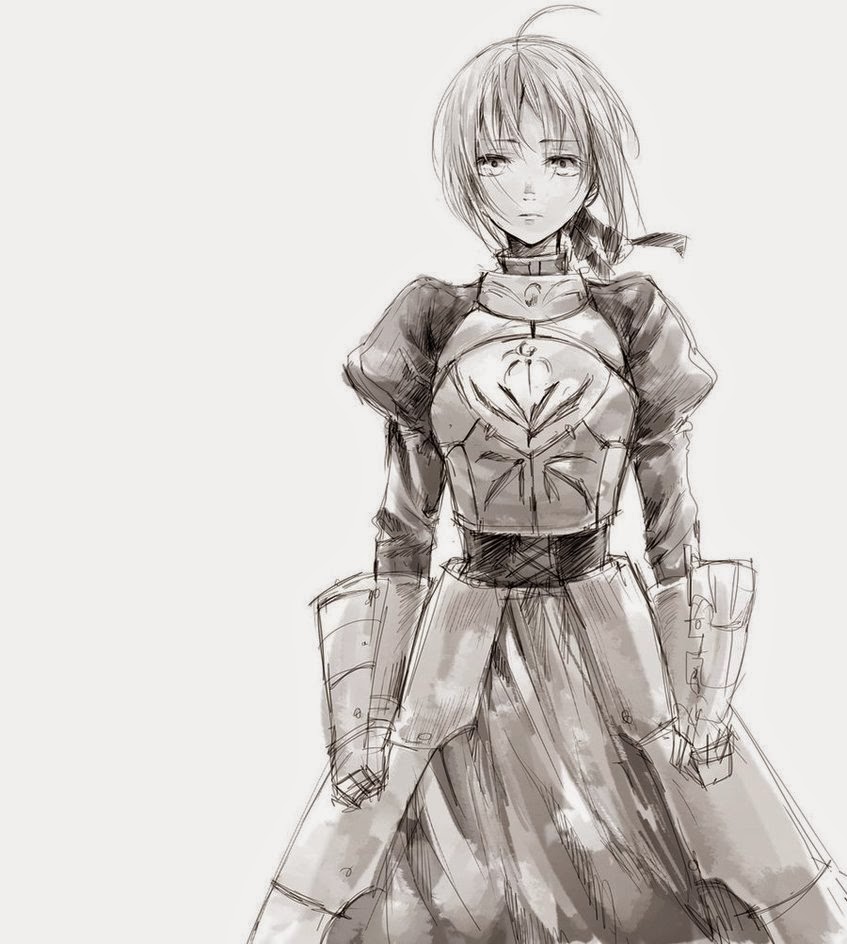 Although he owes no allegiance to either the Heart Queen or the Red King, he will gladly accept mercenary work and trade with either of the warring factions. He would give anything for the opportunity to wed either the Heart Queen or the Colorless Queen in order to sacrifice their vampiric existence to his demon lord. If this means seeking favor from the queens or working underhandedly with the Red King, so be it. 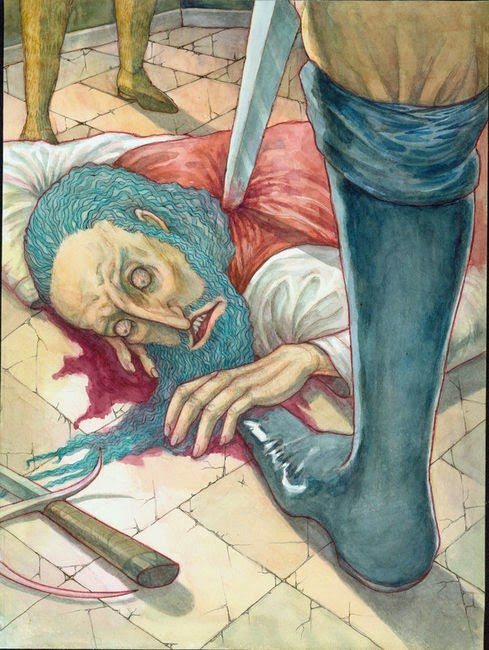 Email ThisBlogThis!Share to TwitterShare to FacebookShare to Pinterest
Labels: A Red and Pleasant Land, D&D, Lamentations of the Flame Princess, NPCs

My Gaming Resolutions for 2015 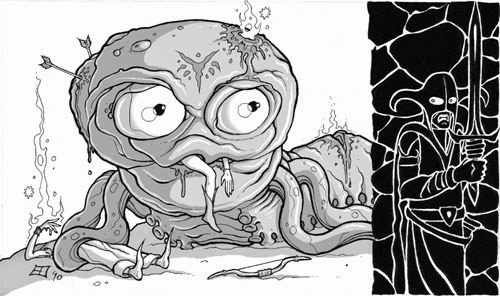 This last year, 2014, was a good year for me when it came to reading and talking about RPGs. D&D 5e came out, which got me excited for the future of the hobby. A bunch of creative people put out very creative books and my RPG collection has ballooned. I had many great conversations with people online about games. I even got to meet some of those people in real life once I figured out I practically live down the street from them.

Unfortunately, 2014 wasn't a very good read for actually playing games. I managed to run a few games at home, but way too many of them were clusterfucks with way too many players and not enough focus. I did run my very first convention game at Game Con South Bend and that was an extremely positive experience. Although I missed Gen Con, the small local convention exceeded my expectations and I had a lot of fun.

2015 is going to be a year about playing and running games. My goal is to play in at least 26 games this year, which is roughly one game per two weeks. I think this is a manageable goal, but to be honest, 26 doesn't seem like enough games. I suppose there will never be enough.

I also want to make a big dent in the number of unused books on my bookshelf. Below are the following games I want to run or play in the next year, including the modules and supplements I want to use.

Focusing on this long list will also help me focus on my third goal, which is to not spend any of my salary on hobby materials. This still means I can spend some bonus money, gifts and commission cash on games, but it also means I have to be very intentional with my spending. I was a little liberal with my purchases in 2014, and while this did not cause any financial hardship, it did result in a fair amount of frustration and limited mental bandwidth.

This probably means I won't be going to Gen Con this year, but I think I'll be able to swing some smaller, local cons and hopefully play in this years Anti-Gen Con on Google Plus.

Here's to 2015.  This last year was a great year for tabletop gaming but I'm sure we can make this year even better.

Posted by Unknown at 4:01 PM No comments: